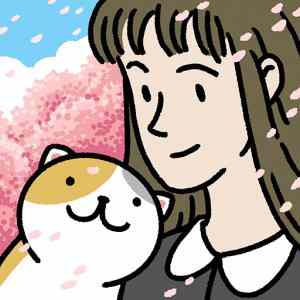 A Detailed Review Of Adorable Home Game App Its Features

Adorable Home is a now popular game that anyone can play. Like its name suggests, it is a game about a home and it lays a major emphasis on cats and other pets. Hence it is kind of game for those people with pets such as cats at home. The game is categorized as a simulation game and is an addictive and relaxing game. This article digs out the very best features as well as other important things you need to know about Adorable home.

You have probably heard about this game since it has consistently trended on social media platforms in the recent times. This is because this game holds some important features, which many people are talking about. Here are some of the reasons why this game has so much taken the attention of these platforms:

Why the Name Adorable home?

It is not a big issue in wondering why the name adorable home was adopted by Hyperbeards, the developers of this game. It simply means that you have to make you newly acquired home as adorable as much as possible. Make sure that your pets are satisfied, your partner happy and generally the entire home in good condition.

Who Can Play Adorable home?

The game Adorable Home is labeled as LGBTQ+ friendly, which means that any person who identifies in any of the referred sexual orientation can play. The game is also not recommended to persons under the age of 13 years. This is because the game depicts themes that are meant for mature audiences. Sometimes partners are seen in more revealing clothes, which is not good for people below that age. Generally, therefore, the game is meant for a mature audience and not for children.

Adorable Home works just like any other game apps.

You simply go to your Google Play or Apple appstore and get your app. you then proceed to install it on your device and then get ready to play. Before playing the game, you will be required to go through a tutorial. The tutorial is important not only in familiarizing you with the gameplay but also with helping you gain some love.

The game has some of the easiest controls you will ever encounter for games of such caliber. Controls involves just tapping and holding. This ensures that the players have as less trouble as much as possible while playing the game, which is one of the reasons why the game is very popular.

What Benefits Do I Get from Creating Games with Adorable Home

Adorable Home is a game by one of the most prolific game developers called Hypebeard. Hyperbeard produces unique games that are for a wide audience. Although there is no place, where there is an allowance to create games with Adorable Home, creating games would have been beneficial. The benefits would have included:

How to Play Adorable Home

Playing adorable home is one of the easiest thing ever considering the fact that the game has among the simplest and cutest controls as compared to many similar games. Something that might prove troublesome may be comes in on the mini games that you have to play as keep your cats safe and comfortable. However, the game play simply involves looking after your house, your pets, your partner who goes to work every day and other minor issues here and there at home. Some important tips that may help you proceed with much ease while playing the game include:

Price: How Much Does Adorable Home Cost?
Adorable home app itself is free to download and install. The game however has in-app purchases. You can create hearts for $6.99, get a basket of hearts for $3.99, hearts themselves go for $0.99 and a jar of hearts goes for $1.99.

Adorable home is a game that will help you a great deal if you are a new wed. It helps you plan how you want your home to be in the future. One game targets a mature audience and is quite addictive.

Where is Adorable Home Available?