Only a few game lovers can claim not to like Asphalt 8. Since the game was introduced it has gained numerous fans and has gone on to be one of the best racing games. Asphalt 8: Airborne is a racing game which was released in 2013. 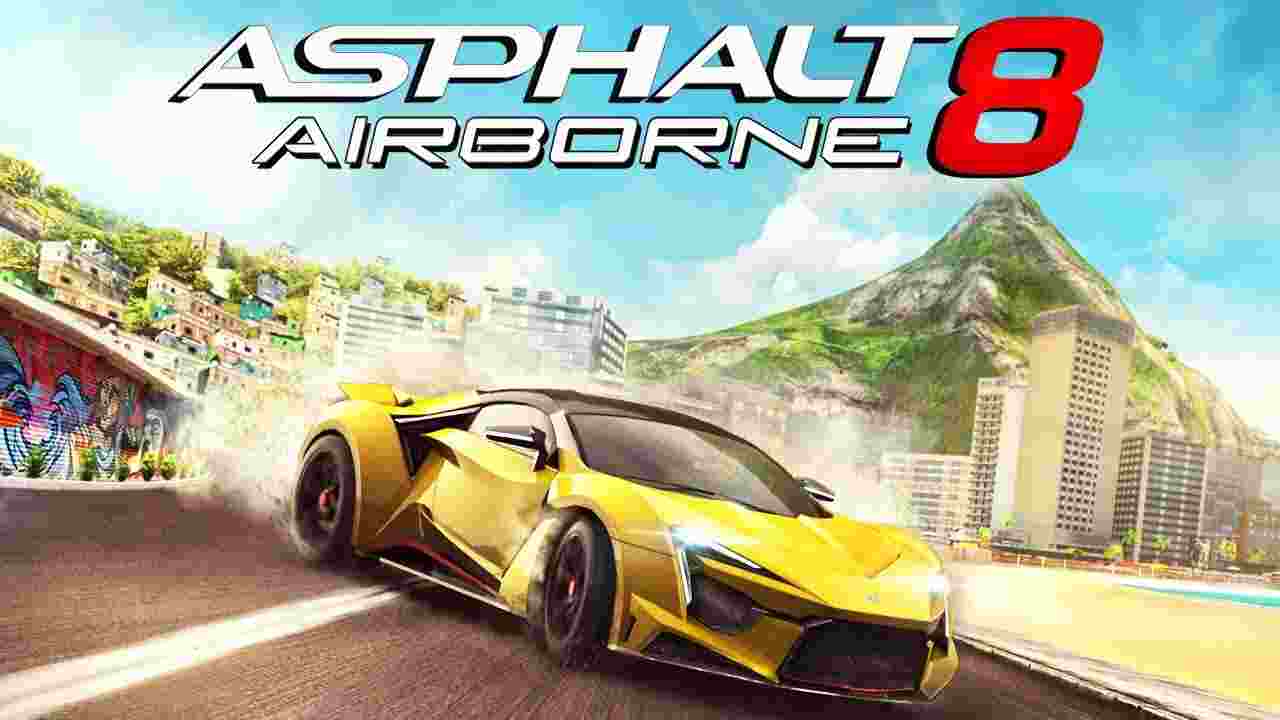 The game was developed and published by Gameloft as a continuation of the Asphalt series. It was released in August 2013 for iOS and Android mobile devices. Another version for Windows 8.1 and Windows 8 mobile phone became available in November of the same year before releases for blackberry 10 and Tizen.

Asphalt 8 was developed by Gameloft Barcelona and it was published by Gameloft as the continuation of the series. The game is available in two different modes. It can be played in the single-player mode offline and players have the option of competing with other players online in the multiplayer version.

Why the name Asphalt 8?

Asphalt 8: Airbone was the sequel to Asphalt 7: Heat and in accordance, it was named just like the rest of the games in the asphalt series. The name is not the only similarity between this game and Asphalt 7 as they both share the same controls.

The game features the regular five star rating system for each race in addition to the use of primary and secondary objectives which has also been featured in Asphalt 6 and 7. Asphalt 8 is also updated regularly to make new additions which have kept a lot of game lovers engrossed till now.

Who can play Asphalt 8?

Asphalt * can be played by all game lovers who would like to try it out. The game is available on a number of platforms including iOS, Android, Blackberry, Windows, macOS and Windows 10 mobile. Players need one of these platforms to access the game.

The single player version of the game can be played without internet connection on any device, provided that it has been installed already. However, to play the online multiplayer version, access to Wi-Fi or the internet is required. There is also another version called the “World series” although it is not available on every platform. 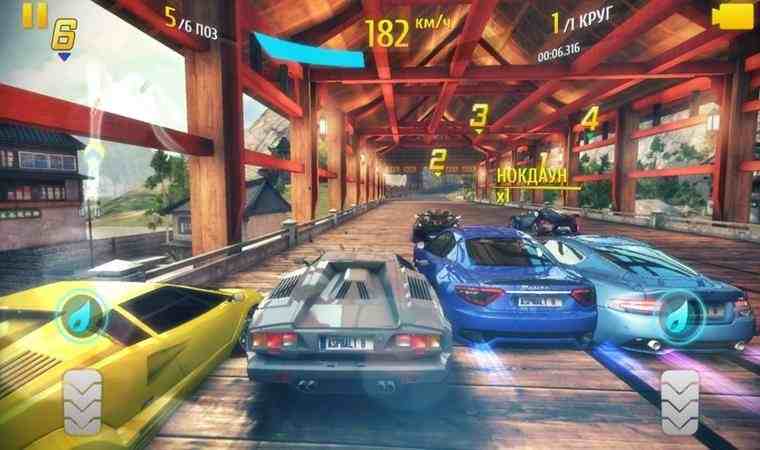 Asphalt 8 is racing game that has some unique features. The game features different control features and allows users to control their vehicle either by tilting the device or with the use of on-screen direction. Acceleration is controlled by an on-screen virtual steering wheel which players can choose to tap repeatedly or hold down.

The controls for Windows 8.1 and Windows 10 devices are very different. Players control the vehicle with traditional gaming buttons WASD as well as the up, down, right, and left buttons on the keyboard. Players can make jumps and spins which earn them bonuses while they are playing.

What benefits do I get from creating games with asphalt 8?

Asphalt 8 is a highly rater game and even one of the leading games in the car racing genre. One iOS devices, the game holds a rating of 91 out of a possible 100 score from Meteoritic. This goes to show that it is one of the best games out there. Touch Arcade also went ahead to give the game a rating of 5 stars with emphasis placed on the impressive graphics and gameplay.

The good features of the game make it one of the best games in the asphalt series even till now. Lovers of car race where left impressed with the games ability to even pull in more fans than other games in the series.

How to play Asphalt 8

Asphalt 8: Airbone is a racing game where players are in competition with one another to become the champion. The winner of the race is awarded 3 stars, the runner up gets 2 stars while the person who comes 3rd gets one star. There are extra points awarded for players who achieve secondary objectives such as knocking an opponent down or performing a stunt.

The focus is this game is jumping and it features a lot of ramps to aid this in the game. Jumps performed by the players during the race earn them a nitro boost, longer airtime and additional boost. Destroying cars, obstacles and near misses also earn players nitro boosts. The game initially had 180 events in 8 seasons but over the years updates have been made to add ne seasons.

Asphalt 8 also adds another feature called “Perfect nitro” which was not in previously released games. With perfect nitro when a player hits a boost, a red zone is shown. If the player hits another boost while the reader is still in the red zone, the car goes even faster. 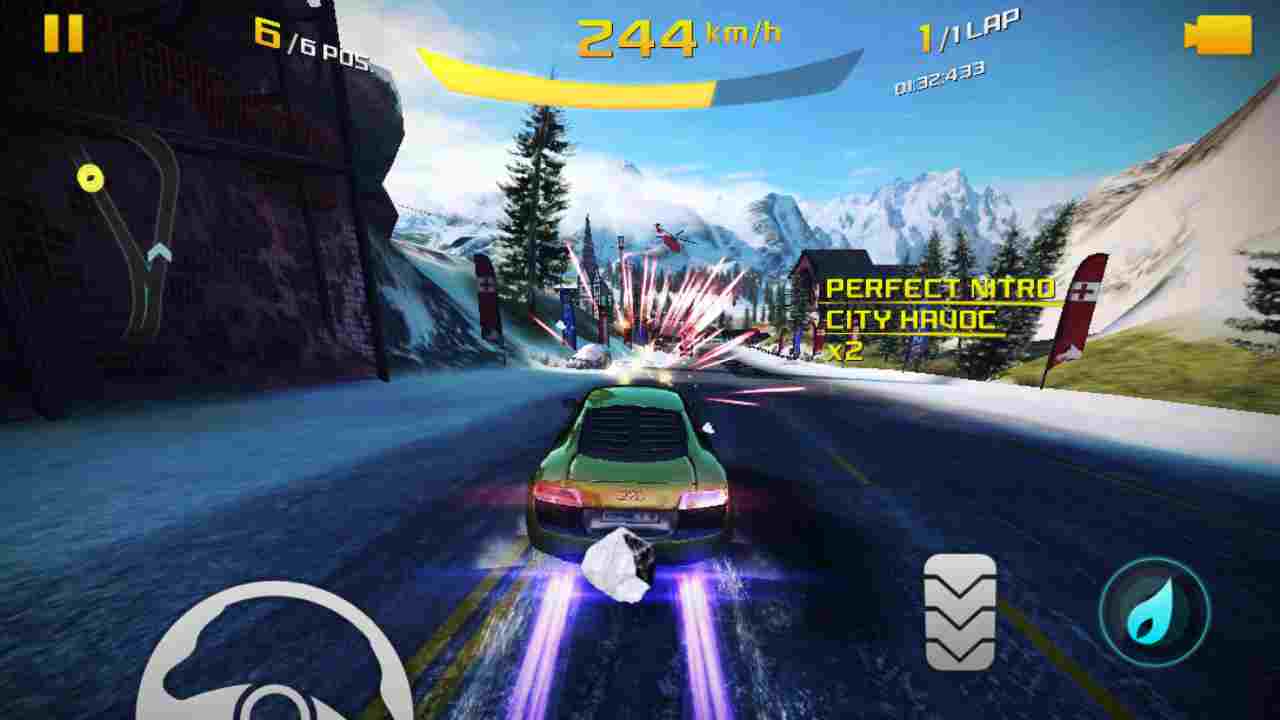 Price: How much does Asphalt 8 cost?

At the release of Asphalt 8, it was priced at $0.99 but the game later became free for all players. This did not take away from the quality of the game as it is still rated by over 350 million people worldwide.

Asphalt 8 is a racing game of the highest quality and it has all the ratings to back it up. Seven years after its release, the game is still loved by many. The mere feel of the control, design and the overall gameplay has drawn so many fans over the years.

Where is Asphalt 8 available?

Asphalt 8 is available on numerous platforms and it can be accessed by easily downloading. Will you like to take a spin with the cars in this racing game? Visit the link below to download