Do you know Activision ended the long wait for a mobile version of Call of Duty? Yes, the mobile was expectedly well received in 2019. In the month after its release, it was downloaded more than 140 million times and generated $54 million, making it the most successful mobile game launch in history. The game’s success came at the back of successive successes in the Call of Duty franchise. The first Call of Duty game was released in 2003 and focused on World War II events. Since then, the game has moved to the Cold War, space wars and even zombies. Throughout the game’s history, Activision has maintained high standards that is almost impossible to emulate. This ridiculously high standards has been carried over to Call of Duty Mobile. 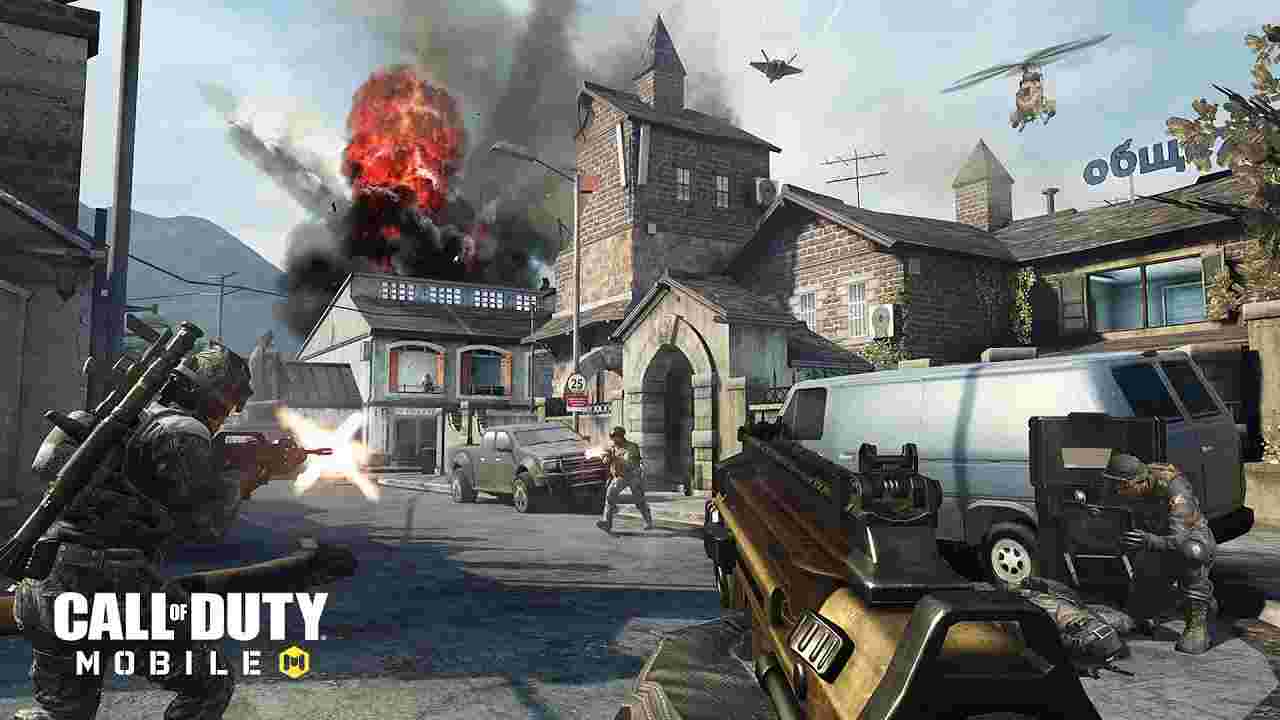 The game was designed to contain some of the most popular features of the non-mobile versions of the game. Efforts were made to ensure that it has the intensity and quality that can rival the PC and console versions. Although the maps are smaller and the game time reduced, Call of Duty Mobile is no watered down game. It has so many sub-modes and maps that will prevent you from getting bored quickly. It surely will take you a while to play all the modes and maps available. And with the updates that come from time to time, you’ll surely want to keep playing.

This game is one the most interesting shooting games you can play on your mobile phone. It has the most realistic graphics and movements. The sounds are of the best quality. You can actually hear opponents coming towards you. The gun fire sound has a realistic perspective. The distance of the shot, silencer, type of weapon are accounted for.

The game has six different characters you can choose from. They are basically just cosmetics but they have unique characteristics that can determine success or failure. Medic has an abundant supply of medic supplies. You do not need to search for medics if he’s your character. Defender has protective shields that offer some protection while in battle. Ninja can sneak up on opponents without being heard. This can be useful as footfalls can lead to you being discovered by opponents. Clown has the ability to create diversions that can help him escape tight situations. And so on.

The game can be played in two modes: multiplayer and battle royale mode. The multiplayer mode is the first mode you’ll start with. In the first few levels, you’ll be playing against mostly computer-controlled opponents. You’ll kill these ones easily. The game gets tougher as the levels increase and more real players come into the fold. The multiplayer mode has five modes: Frontline, Search and Destroy, Team Deathmatch, Practice vs AI and Domination. These modes can be played solo or as a team depending on the objective which is determined by the mode you choose to play. You can play with strangers or invite your friends. The maps vary according to the mode you’re playing. They include Killhouse Nuketown, Hijacked Cage, Gulag and so on. There is no local co-op mode.

The battle royale mode involve 100 players and can be played solo or as a team of two or four squad members. This mode can only be unlocked when you have played the multiplayer mode up to level 7. There are several vehicles available on this mode: ATV, SUV and even an helicopter. Your objective in the game is to be the last man standing.

The recent update to the game allow you to play with PlayStation or Xbox controllers. These give you more control over your character and leaves you with more screen space. Interested gamers can be selected to battle other players for a prize of $1 million dollars in an annual showpiece. In this competition, augmented controls are outlawed. 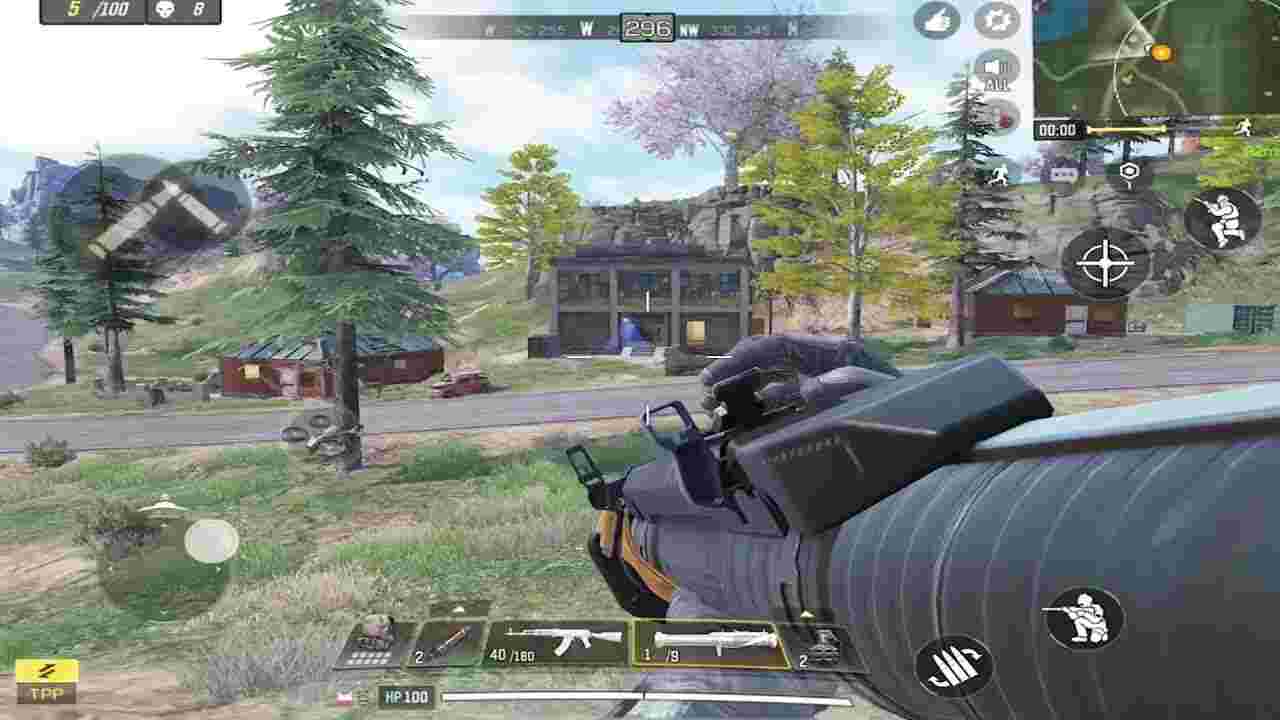 Why The Name Call Of Duty Mobile?

The game is a mobile version of Call of Duty which has been about soldiers who have answered the call of duty to defend their countries from attack. This particular game is the mobile version.

Who Can Play Call Of Duty Mobile?

Anyone above the age of 17 can play. It contains a lot a violence suitable for adults only. Access to the game is available to anyone living in virtually any country of the world. You will need a strong internet connection to ensure a smooth play. Your Android phone will need at least a 2G RAM and run on Android 5.1 Lollipop OS, or later. For iPhone, you’ll need IOS 9 or later.

How To Use Call Of Duty Mobile

In order to play, you will need to log in with your Facebook or Call of Duty Activision account. You can also play as a guest but your progress can easily be lost on this account.

How To Play Call Of Duty Mobile

You will get a chance to practice with the AI opponents. Get a feel of the weapons and terrain to improve your chances when you start playing. Choose a character that serves the purpose of the mode you’re playing. Set the game in third person shooter in order to spot danger quicker. Move as silently as you can because heavy footfalls can attract enemy fire. Keep a close watch on the map for signs of enemy movement. You may also need a headphone or stereo in order to hear enemy players sneaking up on you.

Fight ‘bosses’ for more gear but make sure you have enough weapons though. Those guys are not called bosses for nothing. They’re quite tough. You don’t want to exhaust your bullets and then have to fight a real opponent.

How Much Does Call Of Duty Cost?

The game is free to download. However, there are micro-transactions that can cost as much as $20.

The game is an awesome product. It gives you a wide range of modes, maps and gameplay. The graphics and gameplay easily outshines almost every other game in high quality content. It will keep you hooked for a long time.

Where Is Call Of Duty Mobile Available?