Human: Fall Flat: The Physics Game Everyone Is Talking About

Anyone who has played a physics game know that it’s a mighty lot of fun. It also doesn’t need you to be an Einstein to play them. You only need to have lived on earth just like the rest of us and seen how objects interact with one another and its environment. Physics games however contain puzzles throughout the game. It’s your job to figure out how to use the objects to progress to the next level of the game. 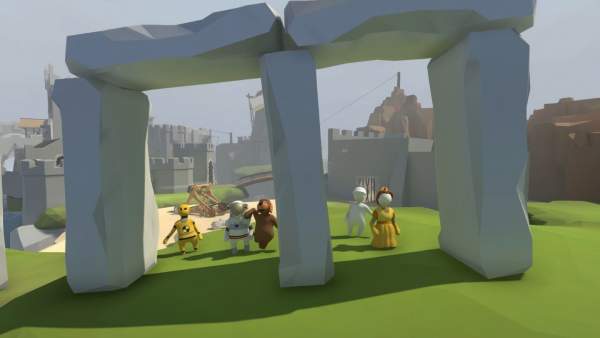 Human: Fall Flat is the physics game everyone is talking about. It contains interesting puzzles that encourages you to use your wits to interact with the objects in the game environment. This game stands out because of its comical character, Bob.

It was created by Tomas Sakalauskas, developed in No Brakes Studio and published by Curve Digital. It was released in 2016 and has sold more than 4 million copies.

The game consists of a rag-doll-like character known by the name Bob. His face is featureless and his rag-doll body gives you the impression he’s boneless (he actually is). He wobbles and staggers instead of walking. Instead of jumping, he hauls himself forward. The character is designed to be funny with his movements and falls. You can customize the appearance of your avatar using an in-game platform that resembles MS Paint.

The game involve using objects around you to create ledges, bridges or ramps in order to get past an obstacle. There are a multitude other ways you can use objects around you to solve puzzles in the game. An interesting feature of the game is that there are usually a multiple number of ways which each puzzle can be solved. The game can be played in solo, duo or multiplayer modes. The duo mode can be played locally on your console with a split screen. You can play online in duo or multiplayer mode. The multiplayer mode expands the options for solving puzzles. You can work together to complete tasks in ways one Bob wouldn’t have been able to. This could be in lifting or pushing heavier objects. 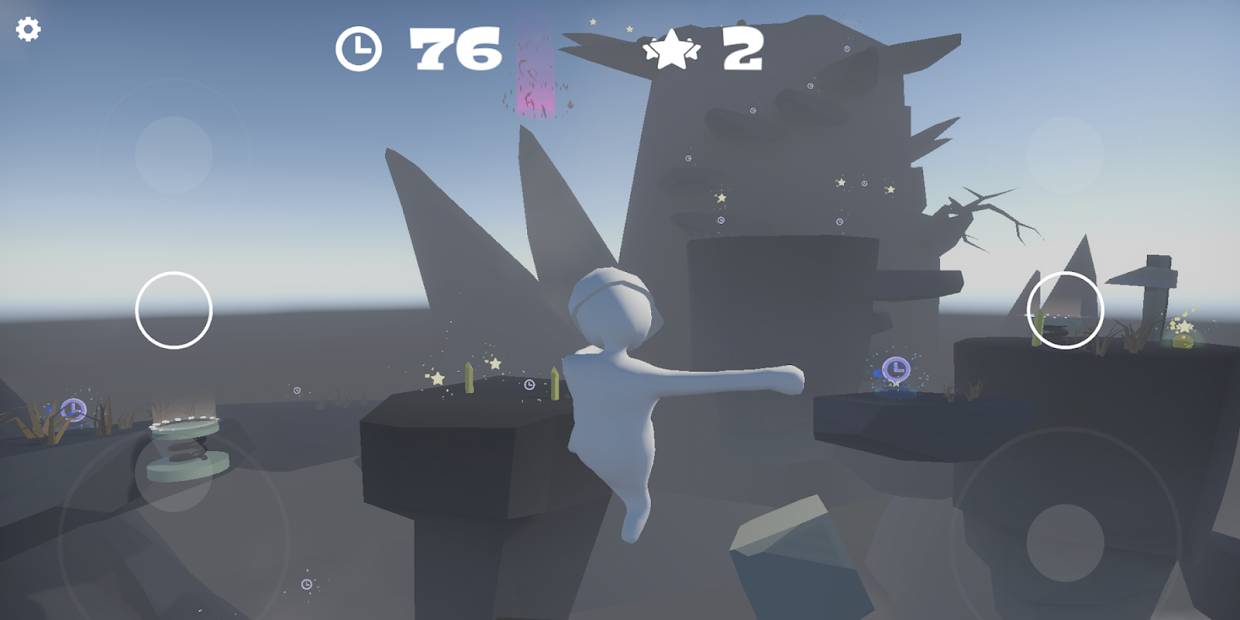 Unlike many physics games where gravity is your ultimate enemy, Bob suffers no damage whatsoever from falls. He simply comically falls and then seem to drop from the sky, landing around the area from which it fell. It forms a crumpled mess on the ground, springs up and wobbles on with a mixture of toddler and drunken stagger.

One thing that’s really peculiar to the game is its controls. Most puzzle games challenge you in figuring out how to break the puzzle while the controls are straightforward. This is not the case in Human: Fall Flat. Breaking the puzzle is only one small step. Getting Bob to carry objects, hold on to a ledge and perform other tasks as precisely as needed can be tricky. The controls were made to mess with you on purpose. You may need to try a few times for simple tasks which would have required a simple tap or hold of a button. The controls can be mastered though. You’ll just need some patience and hours of practice.

Why The Name ‘Human: Fall Flat’?

The game begins with Bob – who has human-like characteristics – falling flat on the ground. This is likely how the name was derived.

Who Can Play Human: Fall Flat?

The game is rated 7+. It can be played by anyone who enjoys puzzle games and comical game characters. Users of Xbox, Nintendo, PlayStation, PC and mobile phones can play the game.

How To Use Human: Fall Flat

To play the game on Android, open the Google PlayStore and search for the game. Click on the most relevant item on the listing provided and install.

On IOS, visit Apple Store, search for the game and download.

To play on Xbox, turn on the console and go to the Microsoft Store platform. Search for the game name and click ‘buy’. You will be required to login with your Microsoft account or create a new one. When you’ve done this, you’ll be able to pay for the game to download. 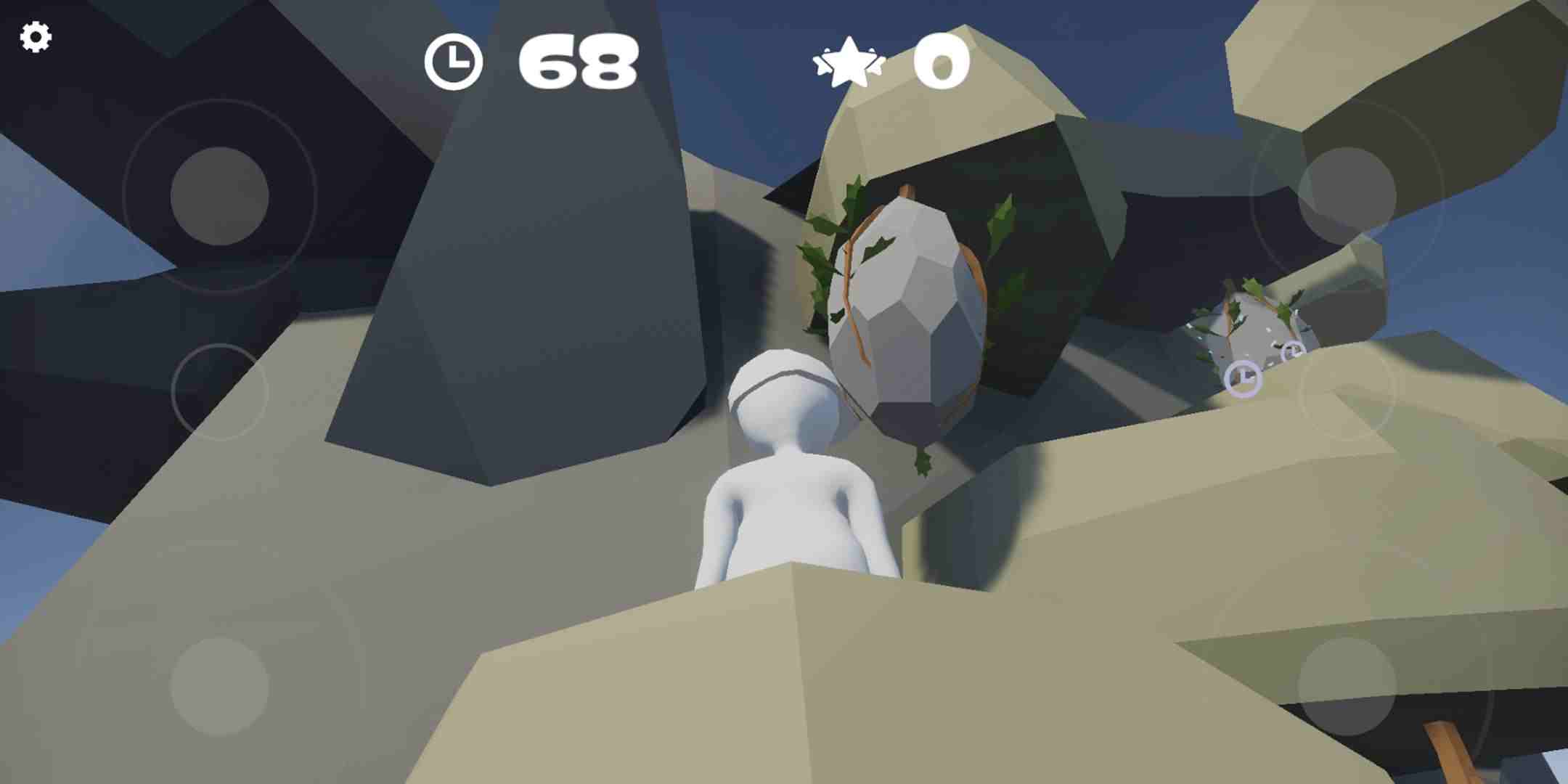 To install on PC, it’s easier to first install the Bluestacks application on your PC. After you’ve completed the installation, launch the program and enter the game name in the search box. Click on the game from the list that appears in order to install. You may need to sign in on your Google account before downloading the game.

To play on PlayStation, visit the PlayStation Store through the console and search for the game in the search box. Choose the game from the list provided to download.

How To Play Human: Fall Flat

The game is a puzzle game with Bob as the protagonist. Bob has human-like features and abilities. Your job is to find ways to interact with the objects around you and use them to overcome obstacles in your way. The puzzles are based on the basic principles of Physics. In the early stages of the game, you’ll get video tapes that give you clues on how to break the puzzles. Later in the game, you’ll have to figure things out yourself. Look for objects to use as bridges, ledges or platform to climb. Use objects to break walls or catapults to haul your avatar across obstacles.

You have the choice of changing the appearance of your avatar especially while playing with friends. You can work together to develop easier ways to solve puzzles and advance to the next level of the game.

Price: How Much Does Human: Fall Flat

You will be charged $14.99 on the account you’re using to download the game. This is a one-time payment.

Human: Fall Flat is an awesome comic game based on Physics principles? It’s lighthearted and fun to play. It’s even more fun when you play it with friends on local co-op or online multiplayer. It’s recommend for people who have fun solving puzzles, especially with friends.

Where Is Human: Fall Flat Available?