Why League Of Legends: Wild Rift Is The Most Anticipated Game On Mobile Devices

Developed and published by Riot Games, League of Legends is the most popular game on PC. It is an online game that involve two teams of five players battling it out to determine which team comes out on top. The game contain fighters called ‘champions’. These champions have specific weapons, strengths and moves. Each player choses one champion he/she is most comfortable with to fight for his/her team to the end. League of Legends is a fantasy game and the champions have supernatural powers which can be recharged by taking magic portions. The game was released in 2009 with 40 champions. Champions were added to the list gradually and it currently stands at 149 champions. 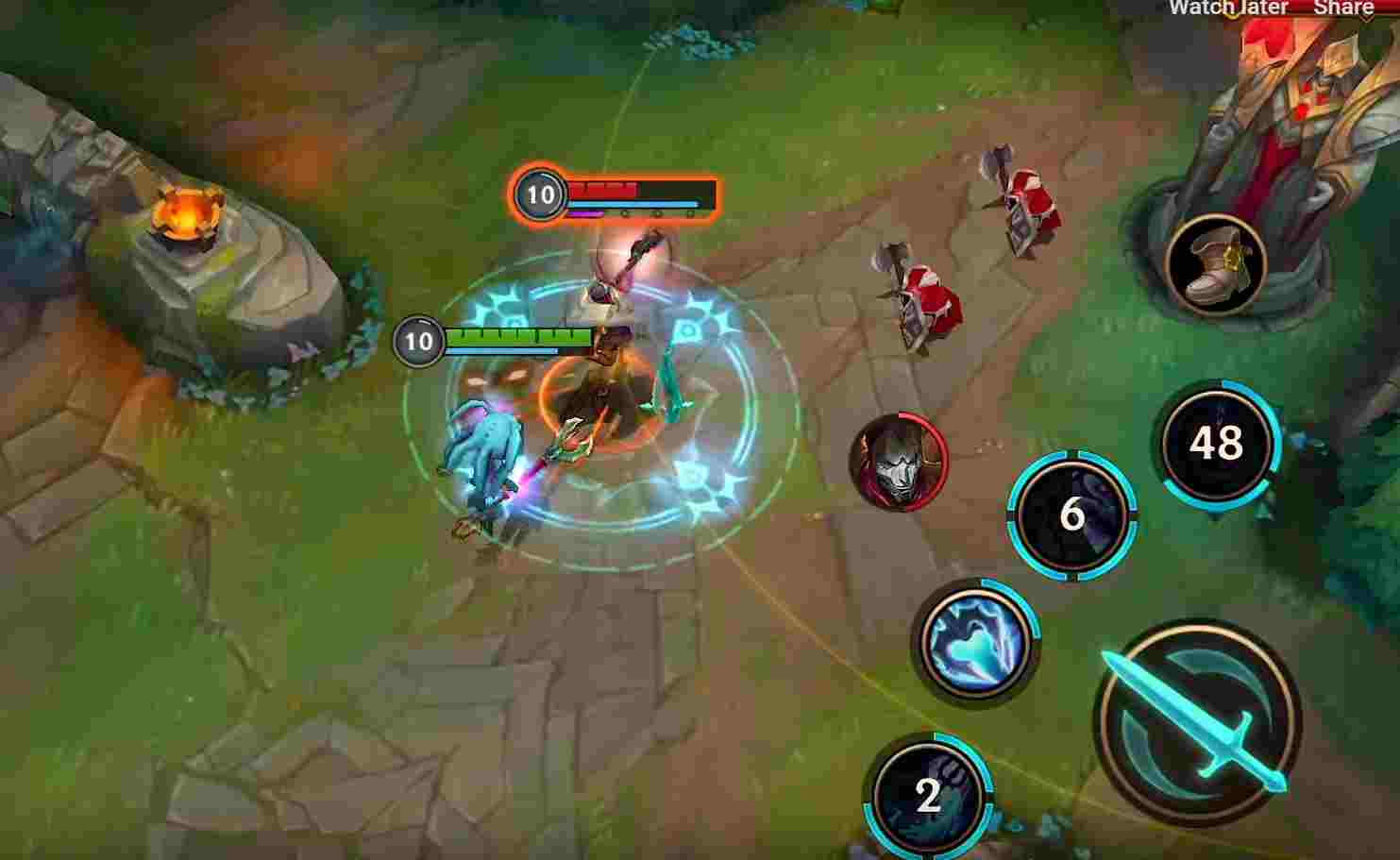 On the 10th anniversary of League of Legends, Riot Games announced that its mobile version will be released in 2020. This mobile version will be called League of Legends: Wild Rift. There has been a lot of anticipation and hype since then. This is because if the mobile version is anything like the PC version, it’s going to be a big hit with gamers. It is expected to be a multiplayer online battle arena mobile game that will share some features with the PC version. The developers have announced that they’re building a lot of the game from scratch. It’s left to be seen how much similarities they’ll share.

The game is a multiplayer online battle arena game built to last between 15-20 minutes per match instead of the up to 50 minutes it would take to play the PC version. It is a fantasy game where the player is known as the summoned and the fighters are called champions. The characters have special superhuman powers and have abilities that are unique to each one. The game will be released with an initial 40 champions and more champions added with updates. The champions will have minimal powers at the start of the game but the more you play the game and earn treasures, their powers will increase.

The game is played with 10 players, a team of five players battling the other. The aim of the game is to destroy the last defence of the enemy team known as the Nexus. To get to the Nexus, you’ll have to destroy the strong towers known as the turrets. The turrets keep producing weaker computer-controlled soldiers known as minions. These minions have two objectives: protect their turrets and destroy enemy turrets. The turrets prioritize destroying the minions you advance towards them but will attack your champion if you directly attack their champion. If you avoid attacking their champions, you can damage enemy turrets without being attacked by the turrets themselves. Successful destruction of turrets provide rewards in gold and experience. These give you more powers that come in handy in battle.

Destroying the turrets allows you to attack the enemy Nexus. The Nexus have even more vicious defences than the turrets. You’ll need a lot of weapons and powers to destroy the Nexus. Destroying the Nexus means victory.

There are some monsters that are controlled by the computer. They will not attack champions but will defend themselves when attacked. You can decide to attack them for rewards such as gold and experience. These monsters are of three kinds. The easiest ones to kill are the jungle monsters. They provide you will gold and experience when killed, and can be found at regular intervals in the game. The Rift Herald is harder to kill. If you succeed in killing it, you can summon it later to help you destroy enemy turrets. Baron Nashor spawns after The Rift Herald is killed or DE spawned. It is the most powerful neutral monster. Killing it will make minions around your teammates more powerful.

Why The Name League of Legends: Wild Rift?

One of the locations in the League of Legends is The Summoner’s Rift. There must be something about the New Rift that makes it WILD. It could be the long stretches of jungle.

Surely, when you’ve played the game a few times, you’ll learn how much wilderness there is in the New Rift.

Who Can Play League of Legends: Wild Rift?

The game is suitable for people who are at least 13 years old. Wild Rift is an abridged version of League of Legends which is played on PC. It is expected to be released for mobile devices in 2020. The version to be played on consoles such as Xbox and PlayStation will be released later in the year. For the best compatibility on your mobile phones the CPU should be quadcore with 1.5 Ghz speed and above, and 32-bit or 64-bit processors. The RAM should be 1.5GB and above while the screen resolution should be 1280 × 720 and above. Basically, any mid-level Android phone produced in the last 4 years should serve. For IOS, you’ll need an iphone 6 or later.

How To Play League of Legends: Wild Rift

Work is still in progress on Wild Rift but you can register your interest on Google PlayStore. You’ll get notification when the game is ready for download. The game play will not be so different from the PC version. The characters and their moves will be similar. The controls are a bit different because of their virtual nature on your mobile. 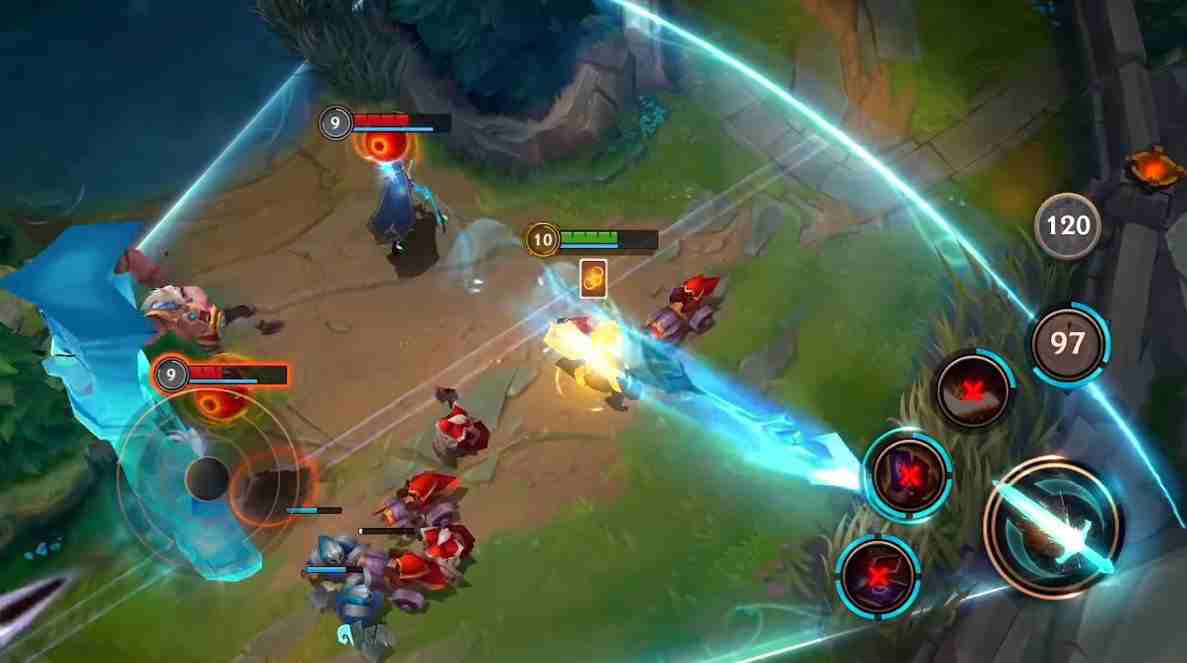 Your champion is teamed up with four other champions to battle another team of five champions. Your objective is to destroy their Nexus while protecting yours at the same time. The five of you will have to work together to achieve these and win the game. Use your minions well to defend your champion, your teammates and your turrets while also using them to weaken your enemies’ defences. Fight neutral monsters in the game to gain more gold and experience. These will help you on your way to victory.

Price: How Much Does League of Legends: Wild Rift Cost?

The game is free.

League of Legends: Wild Rift is a fast-paced action game that tests your skill in strategy and people management. It’s one of the most anticipated mobile games for good reason. Fortunately, our itchy thumbs will get into action pretty soon.

Where Is League of Legends: Wild Rift Available?

The game is yet to be released but you can preview or pre-register using the following links: