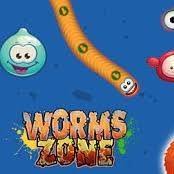 Worms’ zone is an online game that is available on several platforms for one to play. The game features are great. Some are very funny graphics as well as a story line that is dynamic. The game has been developed and published by Casual Azure Games and is categorized as an action based game. It has many downloads and players across the globe and is generally very addictive. Let us review some features of this game here in this article and see why exactly you need to download and play this game.

Worms’ zone is a game, which has come from very far to be one of the most highlighted game. It is liked by people all over the world and is very addictive. It has been on social media platforms with people talking about its nice features. It is therefore a game, which is full of interesting details that you should know if you are not a social media person. Some of these details are here:

Why the name Worms Zone?

The name worms zone seems to have originated from the characters in the game. The game features different worms of different sizes and each of them strive to survive and grow bigger and bigger. Bigger worms tend to encircle and destroy smaller worms, which then leave behind a trail of food, which your worm can then feed. The main goal is to make your worm bigger by avoiding all the other worms and also by destroying them. Thus the, name Worms Zone refers to the gameplay where there is a group of worms.

Who can play Worms Zone?

Anyone can play this amazing game. However, it is more suited to children about 8 years and above. These are the ones who are likely to enjoy the game maximally without much stress. The game is not harmful at all since the player compete with only other virtual players and not real friends.

The game can be played on any device but is particularly great on PCs. You can play Worms Zone on your PC if you have an android emulator installed on it.

You can download the app from your favorite site, whether it is Google play store or app store and install it on your device. For PCs, you will need to first install the android emulator. Playing the game on PC is more preferable because you have more control of your worm as compared to playing on the phone.

The game simply requires the mouse to control the worm on your PC. You can also use your keyboard.

After installing, you can proceed to play and enjoy your game.

What Benefits Do I Get from Creating Games with Worms Zone?

Unfortunately, there is no way that you can build games with Worms zone, a move that would have been very beneficial for game developers as well as gamers in general. Creating games ensures creativity as well as fostering the enjoyably of the game.

How to Play Worms Zone?

Before beginning the game, you can customize the worm if you do not like the one provided by default. Customizing involves several actions such as adding skin, changing the shape of the face and many other features.

After customizing your worm to the desired color and other features that are important to you, you can proceed to play the game. This involves controlling your worm to eat food within the gameplay area. It also involves killing other worms and getting to grow bigger and bigger. Avoid making false moves because you will lose everything if other worms get to destroy you. To make sure that you worm survives and becomes the biggest around, you can use this important tips here:

Price: How Much Does Worms Zone cost?

Worms zone is free to download and play. However, like most other apps, it has some in-app purchases that you may want to make here and there.

Worms zone game is a game that you should try out if you have not. It has an amazing gameplay, which makes you addicted to the game. Anyone can play the game since it lacks the violence or any other such things, which may discourage a certain group of people from playing. The game is free to download and play.

Where is worms zone available?