Things that game lovers should know about Clash of clans

To fan of the game “clash of clans” it is more than a game. It is a way of life and a social circle of its own. Clash of clans is a free strategy game for mobile devices. The game was published and developed along with other quality games by Supercell a Finnish game developer.

What is so special about this game and why is it loved by so many? Clash of clans is a fantasy-themed game where the player is in charge of the village. Players make decisions regarding their village to manage and develop the resources in the village. Players can attack other players to loot resources which are important for development.

Interesting details about Clash of clans

Clash of clans was released for iOS devices on the 2nd of august in 2012. It later became available for android devices in October of the same year. The game is a single player and multiplayer game where players are bound to come in contact with others on the internet.

Why the name Clash of Clans?

Clash of clans like the name states involves competition between players and among clans. Players are allowed to join a group in the game called clans. In their selected clan, they can compete with players in clan wars where the winners earn resources such as Gold and Elixir.

Apart from clan wars, they are other events which players get to participate in with their clan mates such as clan games. In clan games, players work together to achieve a point score by completing individual challenges. Once the challenges have been completed and the clan games end, players earn resources and other valuable items that they can use for the development of their village.

Who can play Clash of Clans?

Clash of clash can be played by game lovers all around the world. The game has developed a huge fan base in India and other countries. Between December 2012 and May 2013 clash of clans was among the top 5 downloaded apps on App Store. 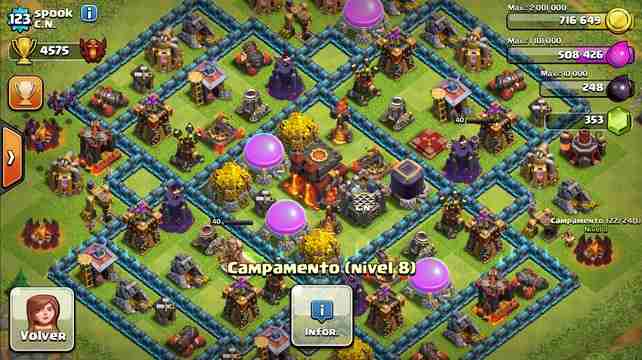 To get clash of clans on your device you need to have a device that runs on Android or iOS. The game is not graphically or CPU demanding which means that it can run on low end devices. It can be downloaded from Apple Store and Google play store.

How to use clash of clans?

Clash of clans is a multiplayer battle and strategy game that is played online. Players can come together to form communities called clans. Each clan is home to a maximum of 50 players and clans can be joined in any part of the world. Players can compete against each other and attack one another to earn resources.

There are four types of resources that players have access to within the game consisting of Gold, Elixir, Gems and Dark elixir. The Gold and elixir are used to build and develop defenses and buildings. The Elixir in addition to the dark elixir is used to upgrade and develop troops which are used for attacking opponents.

The gem is a universal currency in this game. Gems can be mined in the second village, although there are mostly earned by completing challenges in the game. The game can be used for the purchase of the other three currencies and it is also used in the purchase of builders.

What benefits do I get from creating games with Clash of clans?

How to play clash of clans?

Clash of clans is a game where each player is in charge of a village in which they are responsible for developing. There are four resources in the game which players can use to develop their attack and defenses in the game. The game starts with two builders that are responsible for upgrading structures in your village. Players can decide to purchase more builders using gems as the game goes. 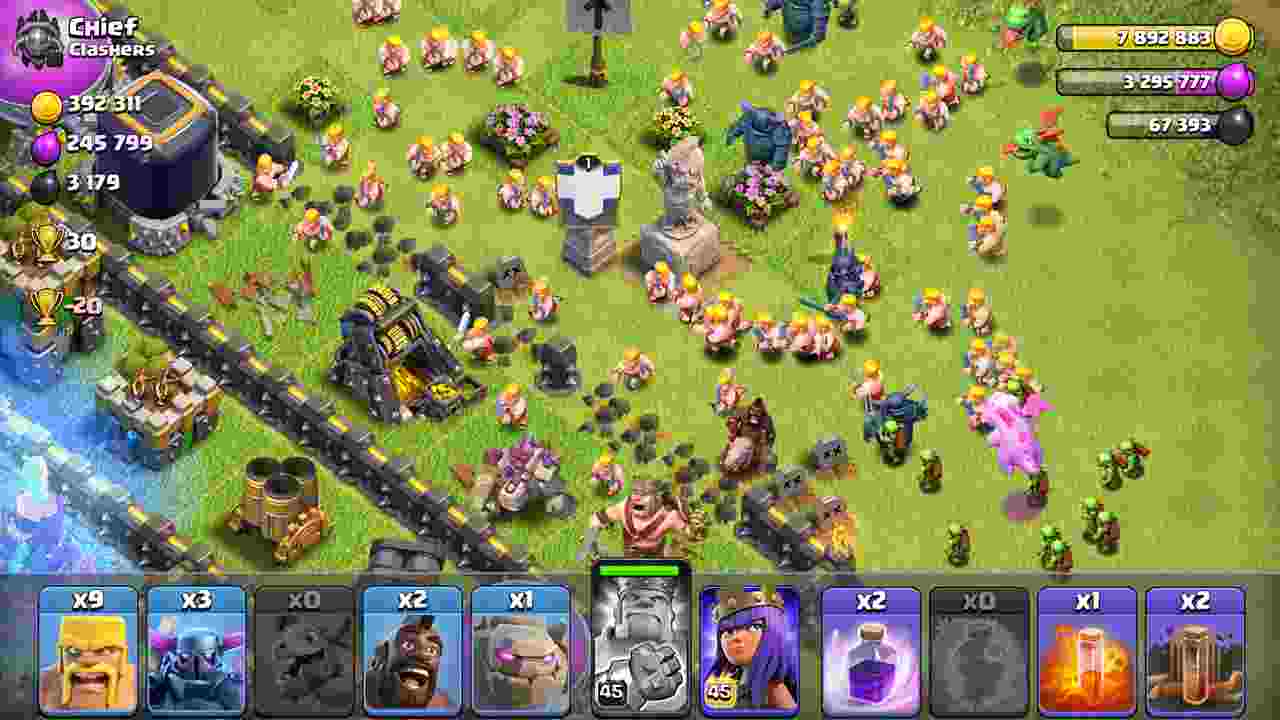 Price: How much does clash of clans cost?

Clans of clans are a free multiplayer game and players do not have to pay to download the game. However, there are in-app purchases which can be made within the mobile application. Users need to make purchases to access certain features in the game such as power-ups, hidden levels, virtual money, characters as well as boost. Purchases in the game can be completed directly within the app and it is easy to complete.

Clash of clans is a game that has steadily risen since the inception to be one of the best mobile games available. The game has passed the test of time and there are several players around the world to attest to this.

Where is Clash of clans available?