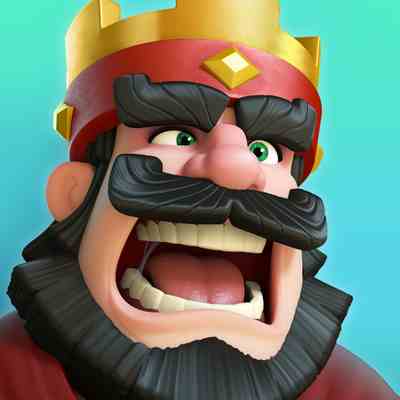 What game lovers need to know about Clash Royale

Strategy games don’t come much better than Supercell’s Clash Royale. Clash Royale is a free strategy game that was published by Supercell, it was released in March 2016 on both Android and iOS devices. The game remains available on both devices, allowing players to have fun with real-time strategy. 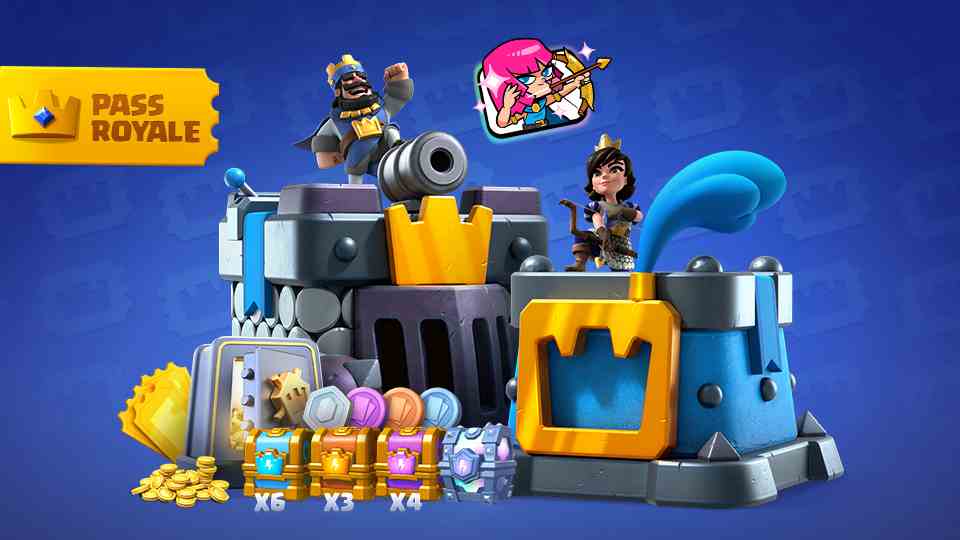 This game came in and was a success at a time when there was fierce competition from other top games. The game features a unique gameplay and unique idea that makes it stand out from other mobile games. The game delivered quality in an era where quality games on mobile devices were quite scare. In the course of this article, we’ll be talking about everything that you need to know about playing Clash Royale.

Clash Royale was released in March 2016 amid stiff competition from other top games. The game combines the elements of tower defense, multiplayer experience, and collectible card games to make for an overall quality play. Clash Royale was hugely successful after its release, with the game managing to gross $1 billion within the first year.

The beta version of the game was released to be tested in countries such as Canada, Hong Kong, Australia and Denmark on iOS in January 2016. The soft launch was also released t these same countries in February of the same year in an android app package. Within months of its release Clash Royale became on f the most downloaded game on the app store.

Why the name Clash Royale?

Clash Royale was released after the success of earlier games from Supercell such as Hay day and clash of clans. Clash Royale shares a lot of similarities with Clash of clans including characters and some similar defense structures. Like other games developed by Supercell, changes are constantly made to this game to keep it at the highest level.

The game puts players against enemies all over the world as they compete for glory. It can be a little intimidating and overwhelming at first, but with time players comes to love it. If you’re a lover of strategy games, this should be high on your list.

Who can play Clash Royale?

Clash Royale is multiplayer online battle arena game. The game is available on Android and iOS devices and as such, it can only be played by people who have one of those devices. To play this game, you have to install it on your device and have a mobile data connection or Wi-Fi access.

Under the terms during release of the game, the game is suitable for uses above the age of 13. Although the game does not have any disturbing graphical content, the developers claim that there are several reasons for their decision to peg it at this age limit. Clash Royale can be played by players all over the world and it is successful in Europe and some Asian countries. 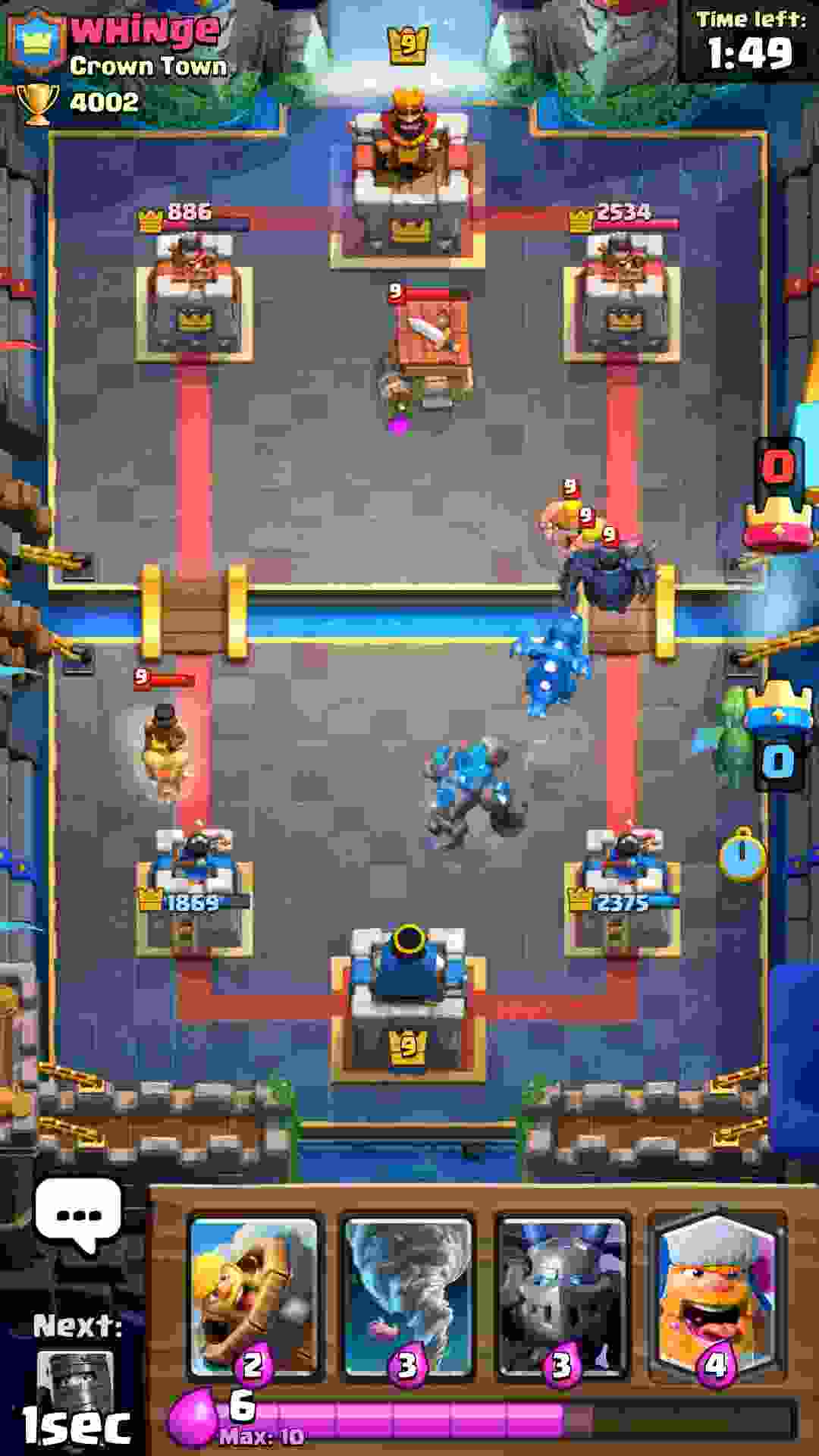 How to use Clash Royale

Clash Royale is a very tactical game where players get to compete with other players. The game doesn’t feature much action, with the developers completely focusing on strategy. Before every match, players have to create a deck of cards which will be used during the game. The game starts with you entering a one-on-one competition with another player.

Players have three towers to protect in each match, with two on the extreme ends and one slightly behind in the middle. The goal is to take down the last tower in the middle. First person to lose their middle tower loses the game. Each match has 3 minutes time limit and if there is no winner after the time elapses, there will be overtime.

What benefits do I get from creating games with Clash Royale?

Clash Royale is a strategy game were players can compete against other players in different parts of the world. In a world where it can be difficult to find a quality free to play game, this one will have you impressed.

Clash Royale combines strategy and fun into a quality gameplay and design. The game is also free to play, excluding cost that you may incur from making in-app purchases.

How to play Clash Royale

Clash Royale is a tower rush video game where players are pit against one another. The game can be played with one another player or 3 other players in 1v1 or 2V2 mode. The main objective of the game is to destroy your opponent’s tower. You can become the winner by destroying the opposition’s King’s tower. In Royale, players are ranked by the number of trophies they have and trophies are gained by winning matches.

The troops, spells and buildings in the game are represented by cards. Plays have the option of selecting four of these cards before the match starts. Plans can create of join groups called clans. By joining a clan, you can participate in friendly battles against clan mates and also chat with them. 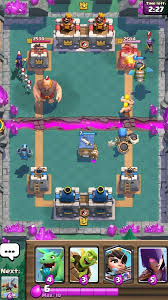 Price: How much does Clash Royale cost?

Clash Royale is free to play mobile game and as such, you don’t have to play to get the game on your device. Like other games from Supercell, the major costs that you will incur from playing this game come in form of in-game purchases. Purchases of gems and other items can be made within the game. The gems can be used to access features in the game such as power-ups, hidden levels and other virtual characters.

Clash Royale is a game of high quality that has been on a steady rise right from its inception. The game as grown to become one of the best strategy mobile games and even one of the best games overall. Game lovers who haven’t tried this one out are welcome to try.

Where is Clash Royale available?

Clash Royale is available on mobile devices android and iOS. You can also play them via simulators on other devices. Visit the links below to download.